Exhibition “GURS 1940. The deportation and murder of Southwest German Jews”

The new touring exhibition curated by the House of the Wannsee Conference, first shown in April 2021 at the French Embassy in Berlin, was launched at the Blaue Haus on October 24, 2021, in the presence of children and grandchildren of Breisach residents who had been deported to Gurs.

Many institutions, memorial sites and individuals from Rhineland-Palatinate, Saarland and Baden contributed to the show, which already has visited many locations in Baden-Württemberg and France.

The only permanent version of the exhibition is in Breisach.

In order to avoid possible further restrictions related to the pandemic, the location – the garden of the Blaue Haus – seems ideal.
Visitors stand beside the 14th-century city wall on the site of the former moat, which the French occupiers allowed to be built upon in the 17th century.

The Blaue Haus shows an abridged version of the exhibition, supplemented by 10 new panels, which emphasize the local perspective.

Dr. Robert Neisen and Dr. Bernd Hainmüller from Freiburg worked for more than a year developing new research tangents on behalf of the Blaue Haus, supported by the city historical archives. These newly developed aspects are presented in the exhibition.

First, the exhibition recognizes the 300-year history of the third Jewish community and the long-standing neighborly relationship between Jews and Christians. Then the focus shifts to the National Socialists seizure of power in Breisach and the growing radicalization and terror with which opponents of the regime – especially members of the Jewish community – were confronted. It addresses the evacuation at the beginning of the war and the nearly forgotten deportation of Breisach’s Jews in August 1940 to Rouffach in Alsace, before the general deportation to Gurs in October 1940.

For the first time, the significance of Breisach’s bridge for the deportation trains carrying Baden’s Jews is presented in words and images.

The names of all 116 Breisach residents and Breisach-born citizens in the Gurs camp are recorded, along with the devastating outcome of their deportation.

Only Berthold Levy would return to Breisach. His youngest daughter survived the deportation and died of old age in southern France in 2020. Her son and his wife traveled to Breisach as guests of the Blaue Haus.

The National Socialism Documentation Center in Freiburg had the exhibition rewritten in easy-to-understand German.

Exhibition Templates of the House of the Wannsee Conference in English: click HERE

The exhibition was supported by Baden-Württemberg’s State Center for Political Education (LpB). 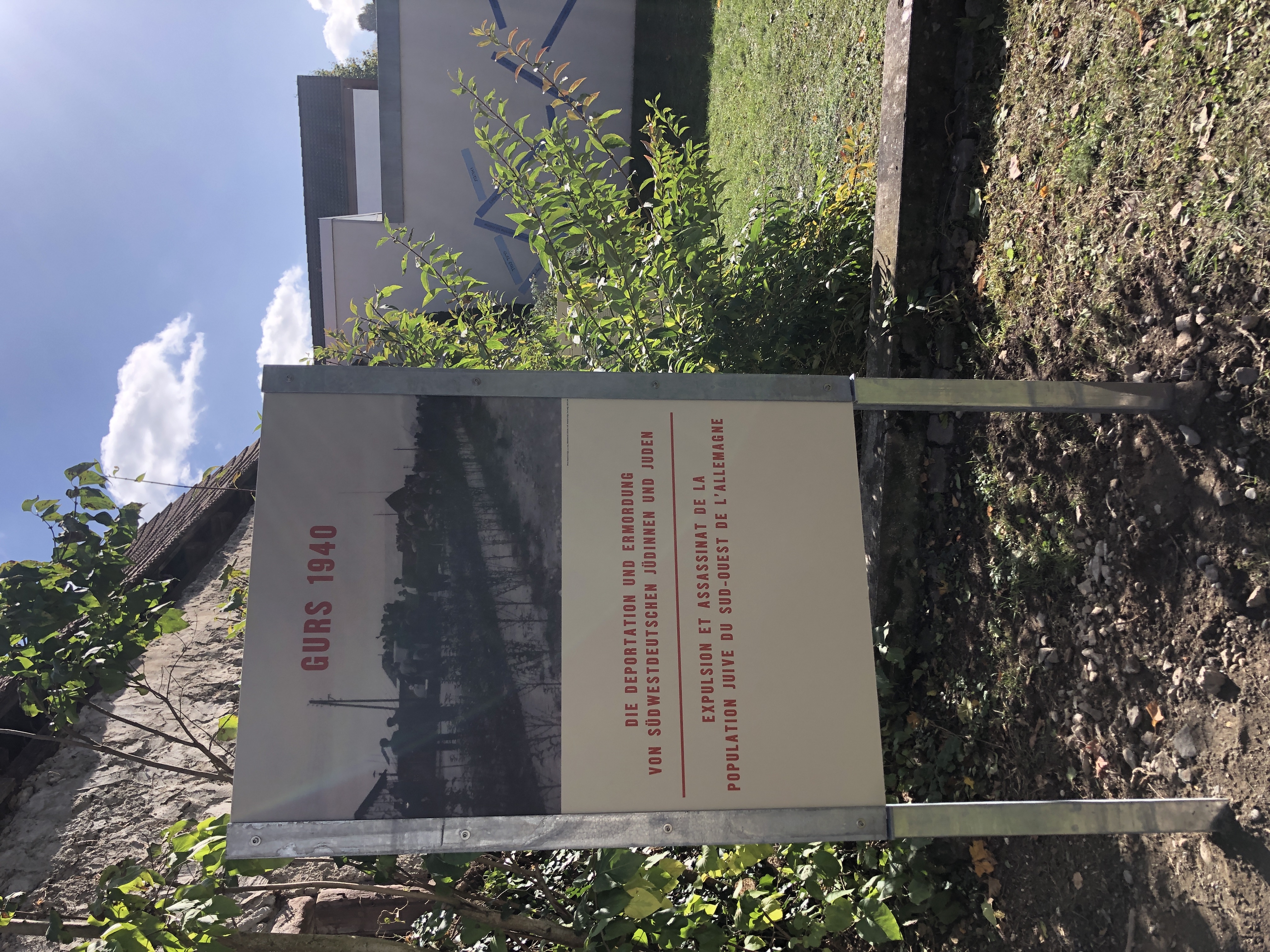 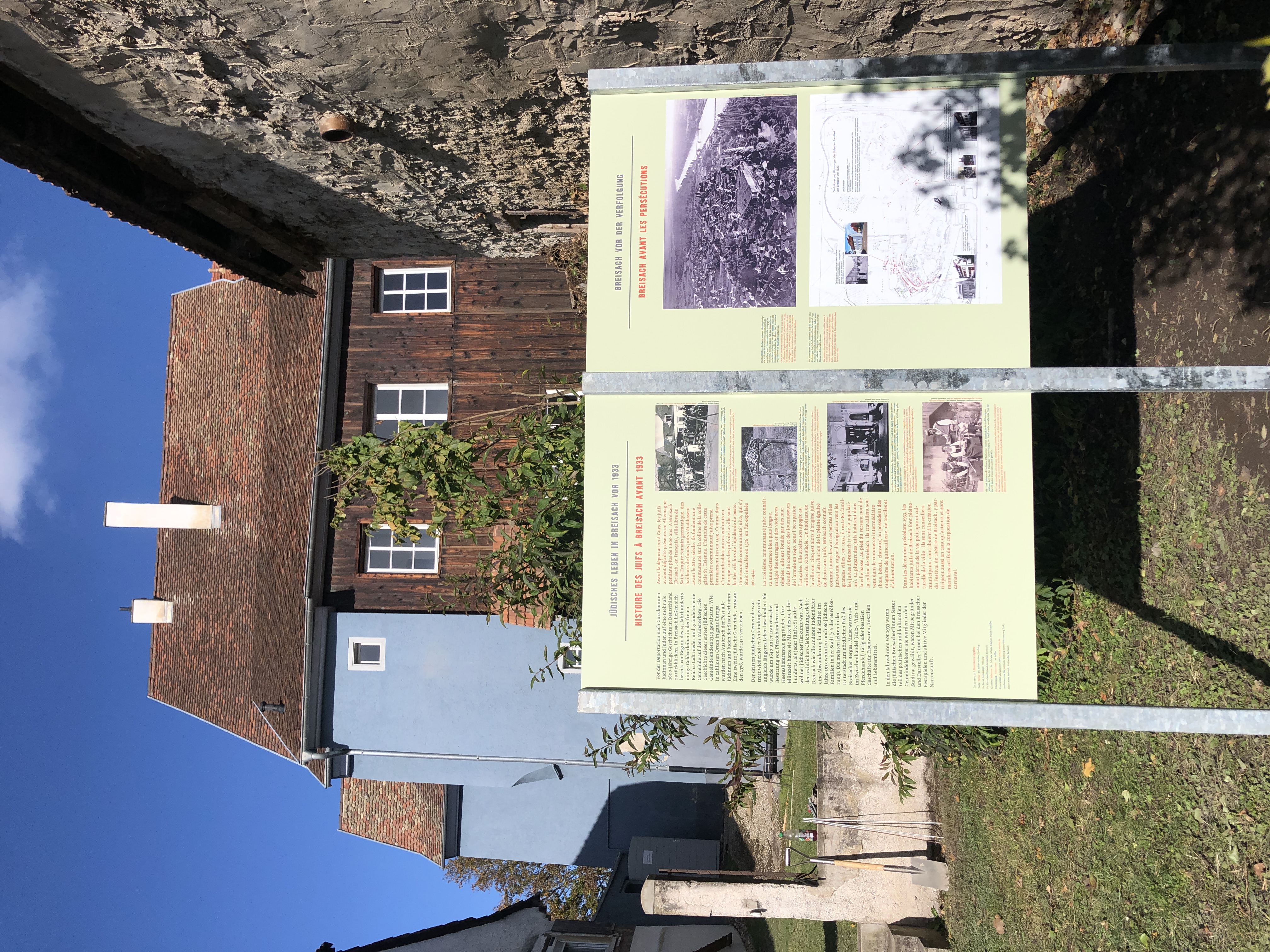 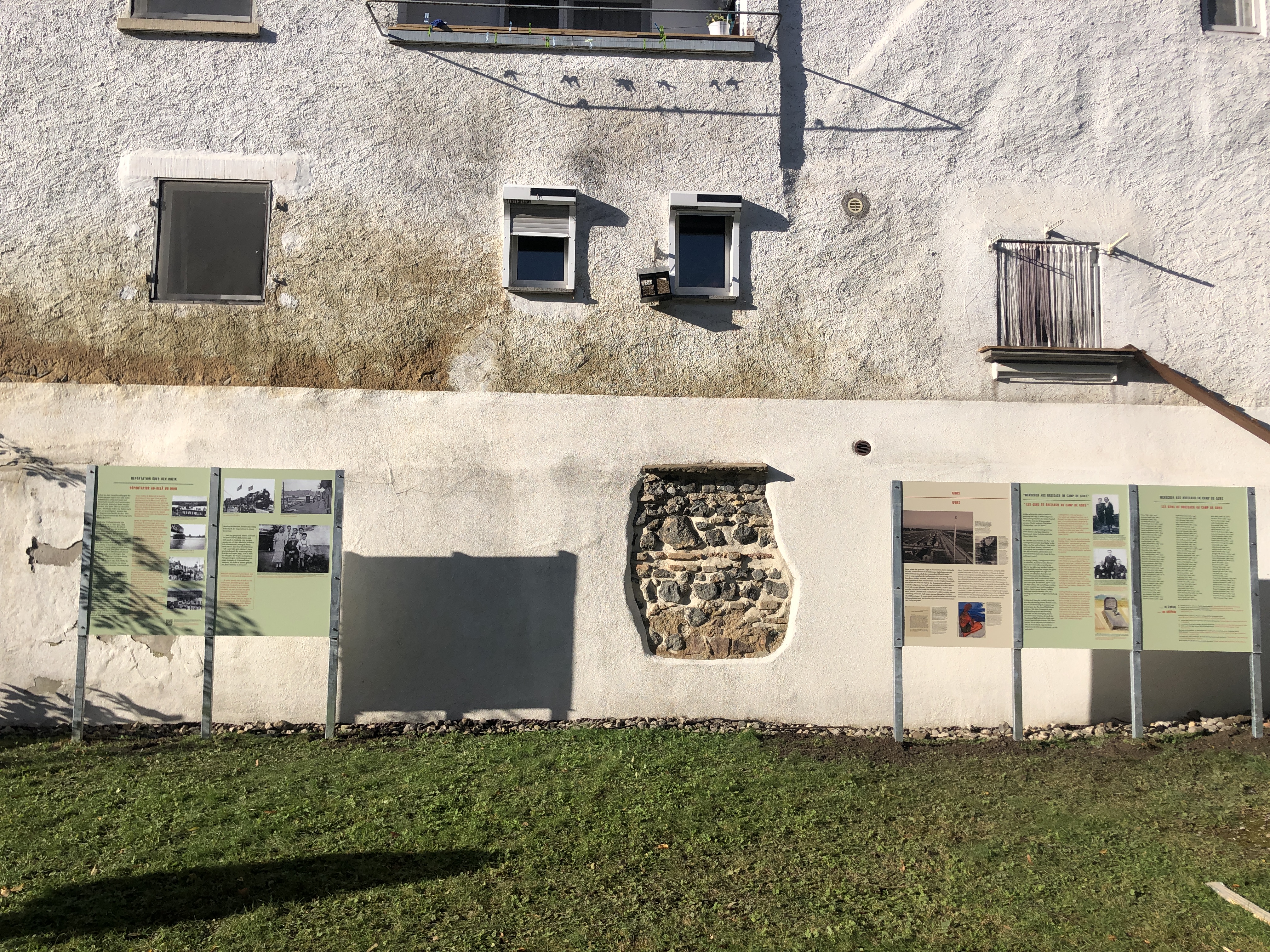