Entering the garden one can see a section  of the 14th century town wall, which marks the westernmost boundary of the premises. After the French conquered the town in the mid-17th century, they erected a large fortification in the town’s eastern section. Now, one was permitted to build on the former moat. A modest house went up. A few decades later, a somewhat bigger extension was added on the house’s eastern side. A glance from the garden to the back of the house reveals the different phases of construction and the enlargements. In the historic cellar, its floor paved with boulders from the Rhine, part of the unaltered town wall is preserved. 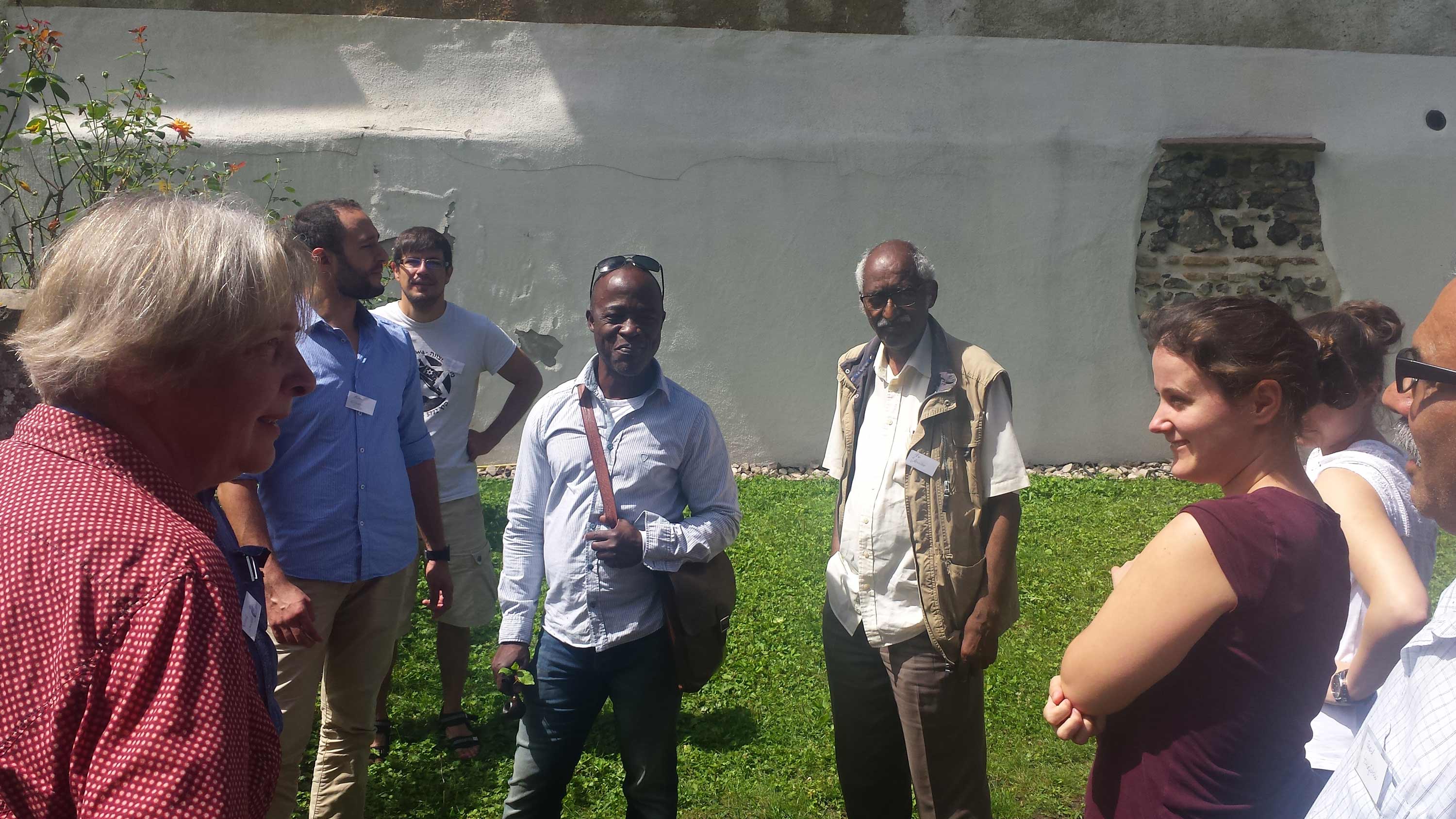